I apologize for not posting a review in some time. I’ve been keeping very busy with my work over at Melange Books, Satin Romance & Fire and Ice YA Books. Keeping up with the web design, cover design, and releases is a lot of work!

To add to my list of excuses, I had to take some time to binge re-read all six of the original Mediator YA novels by Meg Cabot, so that I could read the new NA novel, Remembrance, which I’ll be reviewing today!

I’m only slightly annoyed that the new book is taller than my copies of the original books and won’t line up perfectly on the shelf.

This book. THIS BOOK! So many FEELS!

Okay, so about 6 or 7 years ago my mother-in-law told me about this series of books by Meg Cabot called The Mediator. At that point in time I don’t think I’d ever read a Meg Cabot book, though I’d seen the Princess Diaries movies and LOVED them. So she loaned me the books… and I read the entire series back to back a good 5 or 6 times. No joke. I was smitten. I bought the entire set of books and they have a permanent home on my bookcase.

Fast forward to about a year or so ago and I heard that a new Mediator book was being released. Ecstatic is the best word to describe my feelings over this. I love the characters of The Mediator so much, I was over the moon to go on another adventure with them.

So first, if you have NOT read The Mediator books yet, DO NOT READ THIS FULL REVIEW!  It will spoil it for you! You can keep reading for now, then I’ll tell you when to stop!

A quick recap of the premise of the original 6 books is this:
Sure Simon has just moved to Carmel, CA from Brooklyn, NY due to her mother remarrying. Not only does she have a new stepdad (the first father figure in her life since her own dad died ten years prior) but she’s also got three step brothers, whom she hilariously refers to as Sleepy (Jake), Dopey (Brad) and Doc (David).

The thing about Suze is, she sees dead people. She’s a mediator of spirits, a skill she was born with, and learned early on to keep secret. It’s a ability considers a curse. Imagine her surprise when, upon walking into her new bedroom for the first time, she discovers it haunted by an incredibly gorgeous Spanish ghost named Jesse. *Swoon*

In each book Suze has ghostly challenges, and Jesse is always there for her, whether she wants him to or not. Of course she falls in love, but nothing can ever come of it – he’s dead! To add to the fun, she’s got new friends at school CeeCee (the albino), and Adam (the boy who CeeCee is in love with, even though he shamelessly flirts with Suze). She’s also got some new enemies in the form of popular mean girls Kelly and Debbie (who are both somewhat in love with two of Suze’s new stepbrothers, though Suze can’t imagine why.)

Sure is a punch first, ask questions later kind of girl, which doesn’t sit so well with her new high school principal, who happens to be both a Catholic priest and a mediator himself! He becomes her mentor and together they help solve the area’s ghost problems.

Hooked yet? You should be. Seriously. Go check out the books! They’re nice quick reads. Now, if you haven’t read them yet, STOP READING NOW! SPOILERS AHEAD!

This book was… so much…. everything.

Time has passed since we last left Suze and Jesse. They are now engaged. He’s a doctor working as a resident at a local hospital. She’s working an internship at her former high school, well on her way to getting her masters to be a school counselor. What could go wrong? Well, Paul Slater, that’s what could go wrong. The basic gist is Paul is still in love with Suze and will do anything to win her heart (or at least one night with her). After Suze’s step-dad Andy’s TV show took off and started airing in syndication on cable TV, her parents moved away and sold the house – unknowingly to Slater Industries, owned by none other than Suze’s arch nemesis Paul Slater.

In a last ditch effort to have his chance with Suze, Paul is blackmailing her. According to ancient Egyptian hieroglyphics (from his Egyptologist grandfathers collection of Mediator lore), destroying Suze’s former home – the one Jesse haunted for a hundred and fifty years – will unleash a curse on Jesse.

Meanwhile, the ghost of a young girl is clinging to one of the students at the Mission Academy. In an attempt to help said student, Suze unintentionally unleashes the child spirits wrath upon her, nearly getting her killed.

The rest of the old gang is back, and they’ve been up to some pretty hilarious things. I won’t spoil all the details for you, but you can look forward to seeing: Gina (Suze’s BFF from Brooklyn, who is now crashing on her futon), Kelly, Debbie (married to Brad! Mother of 6 year old triplets! I love those triplets!), CeeCee, Adam, Jake (who happens to be roommates with Jesse!), David, and of course, Father Dominic.

There were a few inconsistencies from the original books to this one (I re-read all 6 original books before I let myself read the new one,) but nothing to really spoiled the plot. Just minor details, like for example, it’s said that Suze had Mr. Walden for junior and senior years, but she had him for sophomore and junior years in the book, we never actually get to experience senior year with her.

If you loved Suze’s crazy schemes and hilarious dialogue in the past as much as I do, you can absolutely expect more in this beast of a book. (I’m not kidding, this book is a beast! 388 pages people!)

I Instagrammed a couple of hilarious passages while I was reading, this will give you just a taste of what you’re in for. (For some reason the blog is only letting me embed one, but if you click on my Instagram photos there are a total of 3 from this book.)

“I’m just wondering if driving with a rifle, handcuffs, and tasers in the trunk of a BMW that doesn’t even technically belong to you is such a good idea.” Only in a @officialmegcabot novel! #megcabot #bookquotes #bookish #amreading #mediator #remembrance #suzeandjesse #bookstagram #bookish #bookboyfriend #cantstoplaughing #inlove #booklove #favoritebook #ishouldbesleeping

Ultimately, was the book perfect? No. There were some things I’ll change, such as (SPOILER ALERT!) I wish Jesse had stuck to his guns and waited until marriage to sleep with Suze. It was such an important thing to his character, that I felt like he changed too much. And yes, I get that it had been like, 7 years between the evens of the last book and this one, but I still don’t like that he didn’t wait that short time longer. (/END SPOILER)

However, this book had me laughing out loud, sometimes until I was nearly in tears, and for me, that makes this completely worth it. I didn’t feel the immediate need to re-read it though. Maybe that’s because I have so many more books to read right now, or the fact that the book is so much longer than any of the originals. I don’t know.

End result though, if you LOVE the original Mediator books, I’m sure you’ll love these as well.

NOTE: Because the characters are older now, Suze is 24 and Jesse is 28, there is adult language as well as adult situations. While I would totally let my daughter read the other Mediator books as soon as she wants—though I don’t think she’d appreciate them until she was at least 14 or 15—I would wait to introduce her to this book until she was at least 16 or 17, depending on her maturity level at the time. 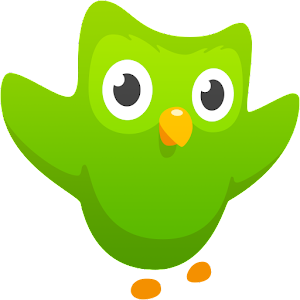