February. The month of Valentine’s Day, Romance & Love.
And what’s more romantic than a marriage proposal?

In my short story debut to the publishing world, Running Late, featured in the anthology Propose To Me, Paige is expecting a breakup, but like all of the heroine’s in the anthology, receives a marriage proposal instead.

What I love about Paige and Will’s relationship is that it’s very normal. A couple who meets in college and falls in love. I normally write (and read) about vampires and witches and other paranormal creatures, but writing about a completely normal couple was a refreshing change. Some relationships can stand completely on their own.

Scroll down to enter an ebook copy of the book (Kindle, EPUB or PDF.)
AND be sure to check out the rest of the great blogs participating in this blog hop! 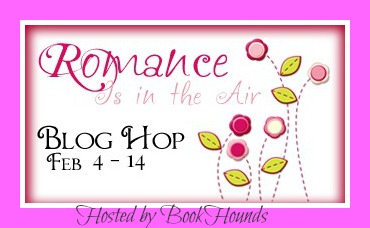 But first…. enjoy a short excerpt from Running Late!

After a shower and a wardrobe change, followed by hair and makeup, Paige was ready.“There,” Lauren said as she bobby pinned the last stray hair out of Paige’s face. “He’ll wonder if you’re even the same girl!”

“Hopefully that won’t scare him off,” Paige said with a laugh. “He did buy coffee for the me with the untamed hair and grunge clothes.”

“He probably thought you were homeless,” Lauren joked.

Paige glared and punched her friend playfully in the arm. She couldn’t be too offended since she’d had the exact same thought after all. “I don’t do mornings.”

At 5:40, the girls headed down to the front entrance of the dorm. Lauren insisted on escorting Paige, under the pretense of being a witness, just in case Will was actually a serial killer. Paige knew the real reason; her friend wanted to get a good look at Will, to see if he lived up to Paige’s description.

It was exactly 5:45 when a green SUV pulled to a stop in front of them. Paige waited with baited breath until she saw Will step around the front of the vehicle and smile at her. He looked delicious in a nice pair of blue jeans and a crisp button down dress shirt. Until that moment, she hadn’t been aware that college guys even owned dress shirts. She hadn’t been quite sure what to wear herself, but Lauren had insisted that you can never be overdressed. She had said, “It’s best to look better than everyone else, versus looking like a slob in comparison.” Therefore, Lauren had helped her pick out an earth tone print dress from Paige’s closet, paired with Lauren’s brown cowboy boots and brown leather jacket.

“You look amazing,” Will said as he stopped directly in front of her. They stood awkwardly for a moment, neither quite sure of the appropriate greeting. A hug? A handshake? Surely it was too soon for a kiss.

“Will,” he introduced himself, offering Lauren his hand.

Will looked confused for a brief moment before Paige cut in. “She’s kidding.” She forced a laugh, then glared at her friend.

Lauren grinned innocently. “But seriously, before you go, stand next to each other and smile!”

Will put one arm around Paige’s shoulder. Even through her jacket, she could feel the warmth of his hand on her skin, sending tingles of pleasure straight down her arm. She looked up at him, a smile on her face. Lauren quickly snapped a couple photos on her phone and said her farewells.

“Shall we?” Will gestured to the SUV.

Will opened her door and helped her in, then returned to the driver’s side.

“Where are we eating?” she asked to fill the silence.

“Have you ever been to Donatelli’s?” he asked.

She shook her head.

“It’s a family restaurant in a suburb northeast of here. They’ve been around for years and years. My parents took me and my sisters there a lot as kids.”

“Sounds good,” Paige replied. “How many sisters do you have?”

“Two. I’m in the middle. Rachel is twenty-five and Sarah is seventeen.”

“Do you get along with them?”

“For the most part. I think there’s a big enough age gap between each of us that we don’t have as much sibling rivalry as we would have if we were closer in age.”

“What about you?” Will asked.

He chuckled. “Do you have any brothers or sisters?”

She shrugged. “I don’t have anything to compare it to.” She paused in thought for a moment. “I always picture myself having at least three kids though, in the future.”

Was it bad dating etiquette to talk about how many kids you want on a first date? She blushed, afraid she’d made a faux pas. Too late now.

“Only three?” Will asked. She looked up at him in surprise, his face was dead serious. “I want at least seven. Maybe more.”

He broke into a grin, then laughed. “No. I don’t think I could handle that many. I want at least two—that much I know.”

Paige tried not to smile. She failed miserably and broke into a fit of giggles as well.

Despite her first date nerves, Paige found it easy to keep up a conversation with Will. By the time they arrived at the restaurant twenty minutes later, it felt as if they were old friends. Almost. She was still a little nervous, but she was feeling more and more comfortable with Will as the night wore on. They talked about their hometowns, their school careers, their childhood friends. They discovered that both of their families spent a week or two each summer driving up to Northern Minnesota and renting a cabin on one of the many lakes. For all they knew, it was possible they had spent time at the same resort at one point during their childhood. Not likely, but it was fun to imagine.

When Will returned her to the dorms later that night, their bellies full and leftovers in a box, Paige was both sad the night was over, and relieved to be able to relax in her dorm and tell Lauren all about the date.

“So, this is me,” Paige said, looking out the passenger side window at the dorm looming before them.

Paige turned to face Will.

“I had a—” they each started at the same time. They both stopped and laughed.

Will gestured for Paige to go first.

“I had a really good time.”

Paige stared into his eyes and melted. She seriously felt like her insides were turning to goo. Her heart sped up as she stared at the smile playing on his lips.

Will leaned forward and Paige froze. Was he going in for a kiss?

He continued to lean closer and finally she snapped to it and leaned forward to meet him. Their lips met and Paige savored the warmth of his mouth on hers. The kiss was short, but intense. Paige felt like she was soaring. She felt like she could run a marathon. She had no idea how she would possibly sleep tonight after experiencing this kiss.

A horn honked somewhere outside their world, breaking the moment.

Will quickly opened the driver’s door and climbed out, walking around to open her door.

He offered his hand and helped her out.

“You already said that.” He grinned at her.

She blushed and looked down at her boots.

“Will I see you tomorrow?” he asked her. “At the coffee shop?”

He walked her to the door, and as she made her way down the hall, she could feel his eyes still on her. She looked back before she turned the corner and waved. He waved back, then returned to his SUV and drove off.

Paige rounded the corner and let her body sink back against the wall.

Enter to win a free ebook copy below!
Don’t want to wait to pick up your copy? Purchase the book at any of the following retailers:
Amazon Kindle | Nook | Smashwords | Print